RE-IMAGINING THE FUTURE IN THE HEART OF ST JAMES’S

James Hambro & Partners is an independently owned wealth management group established in 2010 by Jamie Hambro and others.

The founding partners wanted to create a wealth manager that offered the high standards of personal service often associated with smaller businesses, while also delivering strong investment performance found in some of the larger, less-personal investment houses.

This returning client had originally engaged NHQ several years ago when they moved into their space in St. James’s and at that time the history of the company was the prime focus of the look-and-feel.  Building on this longstanding heritage, the client now wanted to re-imagine their workspace with a focus on the future. 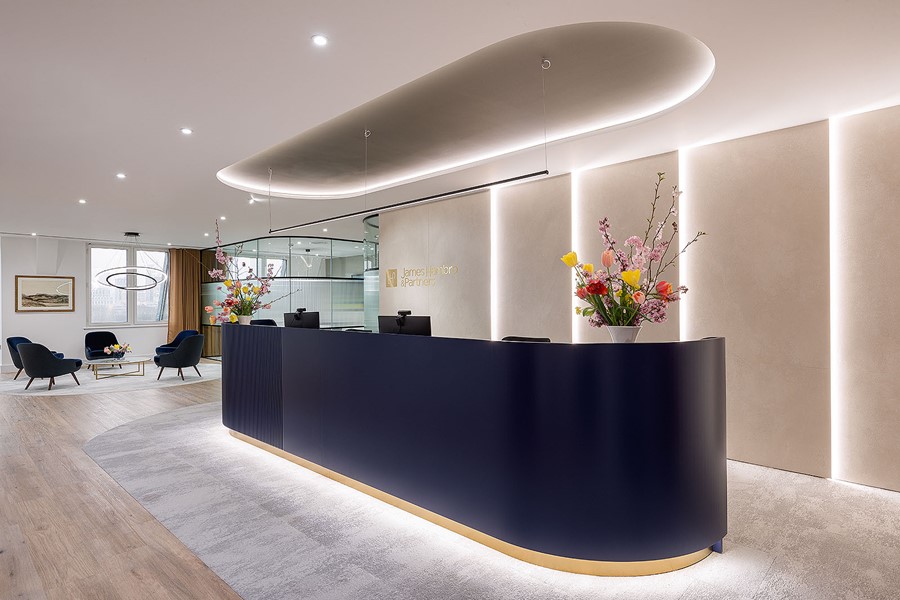 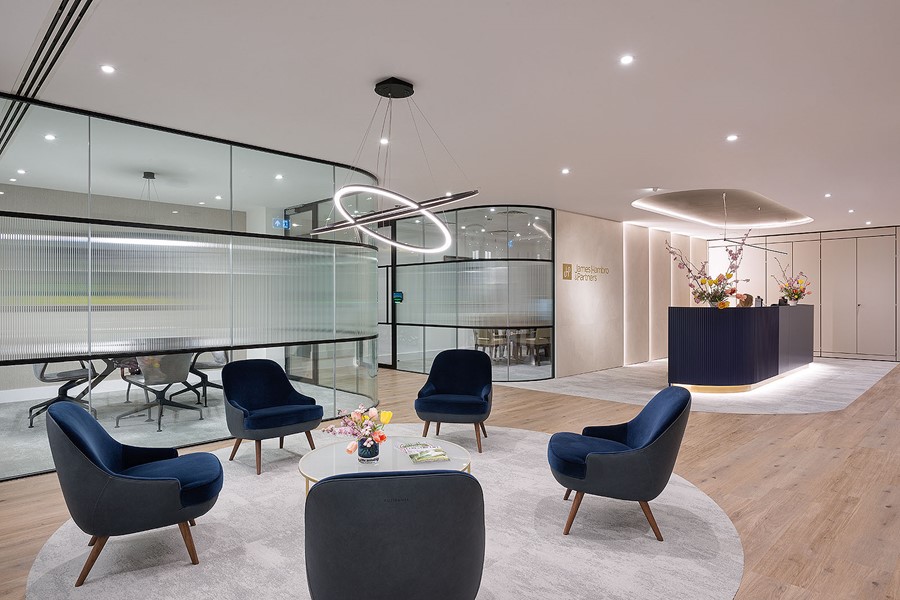 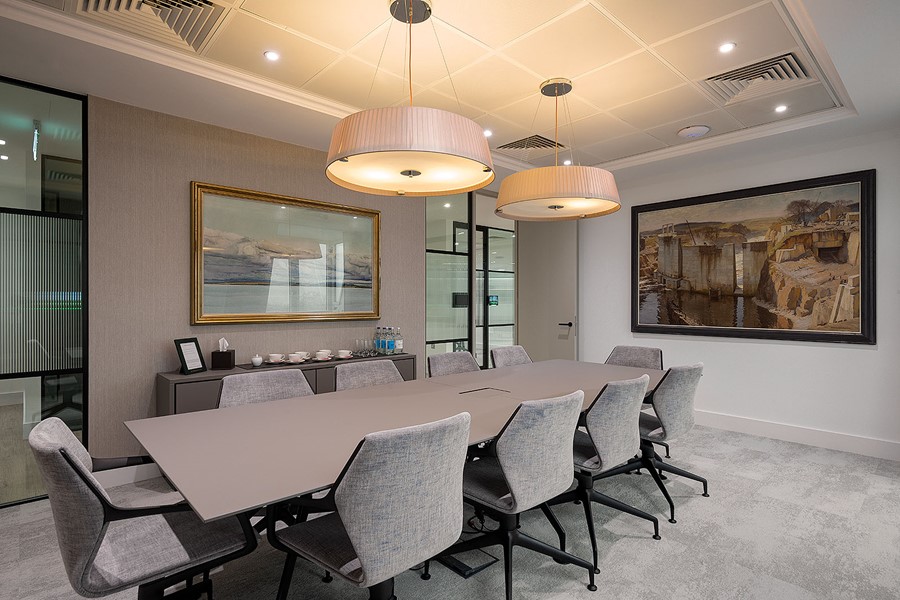 Our clients occupy just over 13,800sqft across the 6th and 7th floors of 45 Pall Mall, a stone’s throw from St. James’s Square to the northeast and within walking distance of Buckingham Palace to the southwest. NHQ were briefed to create a smart, collaborative working environment which would attract and retain talent and enable the firm to deliver the high-quality services that their clients expect.

Entering the space on the 7th floor, the main reception has been re-orientated to benefit from the flow of light through the main east-west axis of the floor space. A statement reception desk faces the main lift lobby optimising the impact on clients and staff as they enter the space, while feature lighting, hidden along the rear reception wall, creates a warm and professional ambience. The balance of space on the 7th floor is split between a meeting room suite and open plan desking. The meeting rooms have been carefully aligned with the requirement of the business and include a selection of spaces from a large townhall room with views across Pall Mall through to smaller phone booths for private conversations. The open plan space on the 6th floor features desking for 86 staff around the perimeter with a selection of designated acoustic booths and a zoom room for virtual meetings. A collaboration lounge with access to the roof terrace enables staff and clients to meet and interact in a more informal setting away from their desks. The aesthetic throughout the space is defined by the client’s luxurious brand colours which have been paired with a timeless, natural colour palette to create an inspiring workplace for the James Hambro team. 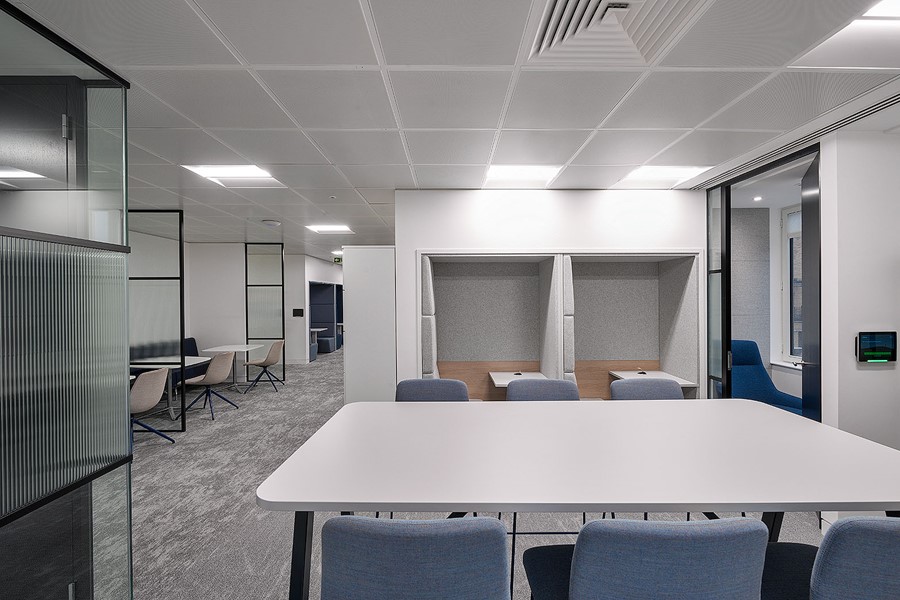 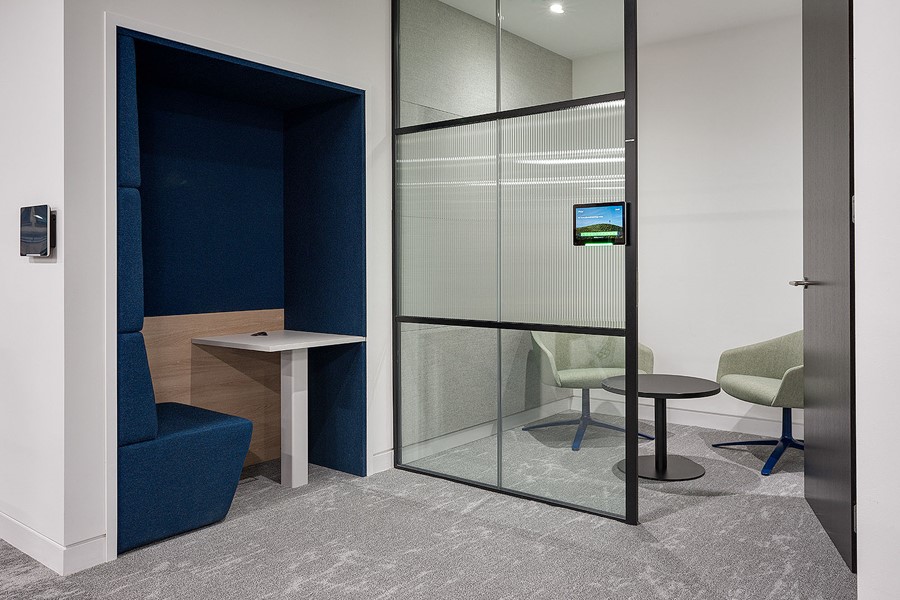